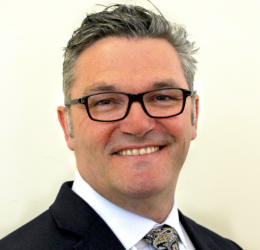 He was trained in St Andrews, Manchester, Dundee, Inverness and Edinburgh and completed fellowships in Switzerland, America and Japan. In 2001, his first consultant post as a trauma and orthopaedic surgeon was at Warrington and Halton Hospitals NHS Foundation Trust followed, in 2012 , at the Aintree University Hospital Regional Major Trauma Unit. He has a medicolegal practice focussing on knee surgery related negligence, and has been invited to lecture on the effects of the Montgomery ruling upon trauma and orthopaedic surgical practice. In the last 19 years he has performed over 1,100 knee replacement procedures, 7,000 arthroscopies and 1,600 knee ligament reconstructions. (*Figures correct Sept 2020.)

He is President of the UK Biological knee Society, who promote reconstruction and regeneration being used to avoid arthroplasty, when approriate. The International Cartilage Regeneration and Joint Preservation Society (ICRS) aims to advance science and education of the prevention and treatment of cartilage disease worldwide, he is a member of its General Board. He is the Chair of the ICRS Global Cartilage Treatment Registry . As a member of the UK National Ligament Registry Steering Committee, he is promoting better outcomes data for anterior cruciate ligament reconstructions. He is a clinician advisor to NICE, associate editor and reviewer for several orthopaedic journals. He has written 13 book chapters, over 45 peer reviewed publications, over 145 National and International Podium and over 100 Poster Presentations. He is faculty for train the trainer, training assessment in the clinical environment and advanced arthroscopy courses of the Royal College of Surgeons and regularly invited faculty at national and international joint preservation, ligament reconstruction and arthroplasty surgery meetings.

He is involved in international collaborative clinical and basic science research, mainly related to knee disorders and has won awards for this. Current research interests include graphene and stem cell applications in knee injury; ligament reconstruction, osteotomy, cartilage repair and arthroplasty outcomes, including their effect on return to golfing and the treatment of focal articular cartilage defects and early arthritis using novel implants.

Sport has played a significant role in Professor McNicholas’ life. He was a St Andrews University Blue in Swimming and Waterpolo and has also played Rugby, Volleyball and Football.

Given his background, Mike has a keen interest in sports knee injuries and their management for all levels of players, from Premiership footballers and elite athletes to those who just want to be able to have a kick-about in the garden with their kids. He has insurance allowing treatment of professional sports men and women. His continued interest in sports medicine has been recognised by election as a Fellow of the Faculty of Sport and Exercise Medicine of the Royal College of Surgeons of lreland.